About Rabbis’ – a brief history In the Torah, one of the twelve sons of Jacob and a brother to Joseph was Levi. After Joseph came to be a power in Egypt and a great famine struck the land, his father and brothers came to live there with him. Several hundred years later, their descendants […]

Read More Rabbi in the Torah – Jewish History, the Past, the Present, the Internet »

Have a dignified pet funeral officiated by a Rabbi for pet owners and their families. In the first book of Moses, Genesis, many species of animals were created by God. In the story of Noah, God commanded Noah to build an ark with specific dimensions to protect the animals. Our pets are part of our […] 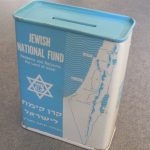 Tzedakah (charity) is a fundamental part of the Jewish way of life.   Judaism is a religion of what you do, not what you believe. Tzedakah is offering charity either monetary or the giving of your time to those in need. How one was to perform righteous acts was laid out in an elaborate set […]

What does a traveling Torah, a portable hand-held Chuppah have to do with an interfaith Reform Rabbi? Everything! Well, everything that pertains to a Jewish life cycle ceremony. If at this time you have not read the Jewish Wedding and Jewish Ceremony, then I will explain. For all Jewish wedding ceremonies, a couple needs a […]

Read More Torah and Chuppah – Reform Rabbi Brings The Ceremonies To You! »