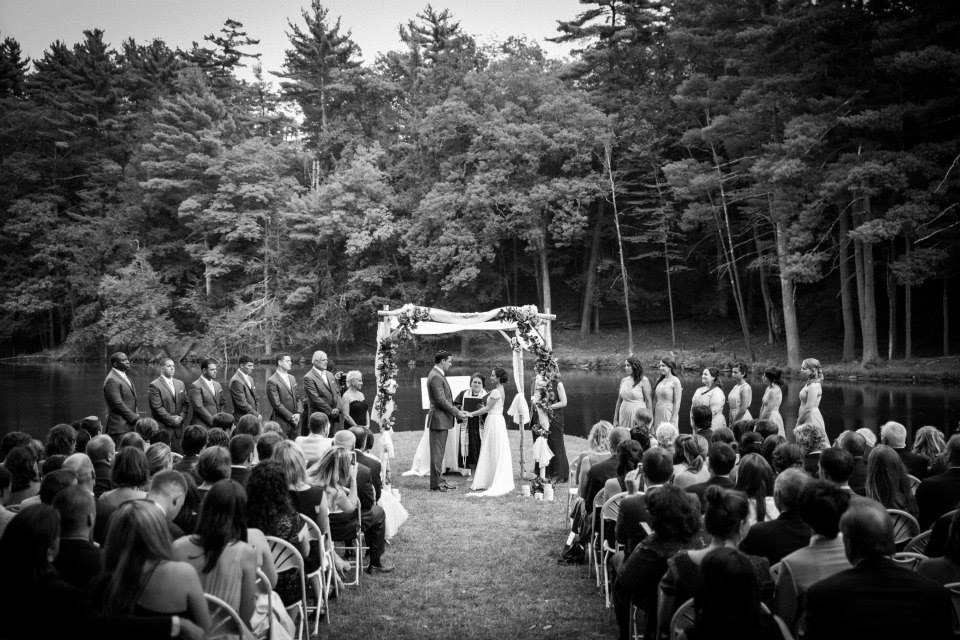 Rabbi Andrea was our wedding officiant. She is AWESOME! She traveled all the way to Canada to perform our ceremony. Rabbi Andrea made our dreams come true. We don’t know what we would have done without her. All of our guests said how beautiful our ceremony was and that it was by far the best that they have seen. Our wedding day was so special and thanks to Rabbi Andrea we knew that we had nothing to worry about. She truly went out of her way to accommodate us and we are extremely appreciative of her. Rabbi Andrea is on the ball with everything and so kind and caring. She will double and triple check everything to make sure it is right. This is the Rabbi that you want for your special day. Thanks so much, Rabbi Andrea.
You will forever be our Rabbi.
Our love, Alan, and Rajka

“In order to teach, one must learn, study, experience, take part, and then lead” – Rabbi Andrea Frank

Why I built this web site?
Today, the Internet is revolutionizing our lives. I chose to immerse myself by building a website and serve in a technological form to reach out to a “worldwide web congregation”. The World Wide Web unites us through the net by common interests and instant communication, all in the comforts of our home.

About Rabbi Andrea’s Jewish communal experience in performing the sacred functions of the Reform Synagogue; interacted on the many levels of congregational activity along with the core values of Reform Judaism. Offered about Rabbi Andrea the opportunity to serve the unaffiliated. Abraham sat with all sides of his tent opened to welcome all. Those who leave their temple congregation, become unaffiliated,  for many reasons have much of a need for a Rabbi as any one part of a temple building with a congregation.

Read below on Reform Judaism, the Reform Movement Core Values

While the search for faith and encounter with God is at the heart of commitment as Jews, Rabbi Frank recognizes the many ways in which individuals define and experience their religious beliefs.

Reform Judaism is ever-changing which had given women opportunities to go beyond the curtain to study Jewish law and serving the community by leading T’fillah (prayer), Torah, and life cycle ceremonies.

Want to learn more about the Rabbi Services?

About Rabbi Andrea: Background
About Rabbi, Andrea is an Ordained Reform Rabbi and a Teaching Rabbi. She holds a Bachelor’s Degree and Master of Theology Th.M., received her ordination (semicha) in 2007.  Is affiliated with the Congregation L’Dor V’Dor.  An active member of the Association of Bridal Consultants New York Chapter, League of Woman Clergy, Interfaith Family (now 18 Doors), American Association of Wedding Officiants. Advisory Board for My Personal Judaism.  Awarded WeddingWire Bride’s Choice Awards since 2009-present, placing in the top five percent of Wedding Pros. Featured in New York Times Article, “Bar Mitzvah Studies Take to the Web” Nationwide.  It reached many seeking the Bar / Bat Mitzvah outside the temple walls. Online Jewish Teachings has grown fulfilling the need for families seeking to honor this coming of age life cycle ceremony.

About Rabbi, Andrea is Registered & Authorized to sign New York State Marriage Licenses via the Office of the City Clerk of The City of New York.  She performs Jewish and Civil Ceremonies. Rabbi Andrea has officiated weddings from East to West Coast in the United States, Europe, and onboard Cruise Ships. Whether the wedding is in a catering hall, restaurant, backyard, home, park, and so on Rabbi Andrea is there to officiate.

She is called The “Jewish Wedding Rabbi” for her continual interest in teaching individuals on all topics of Jewish customs in regard to Jewish Ceremony Customs and life cycles; Baby naming, Bar Mitzvah, Bat Mitzvah, Adult Bar or Bat Mitzvah, Funeral, Unveiling, Civil Wedding ceremony, Conversion Yahrzeit and more. She teaches via a Virtual Classroom. The Jewish Wedding Rabbi website offers resources of information to learn about the Jewish Wedding.  Her website is set up to educate all couples on the Jewish wedding ceremony customs and rituals. It lets a couple feel connected to the tradition of from generation to generation.

About Rabbi Andrea Frank’s personal spiritual journey flourished over time from her younger years she has been surrounded by Rabbi’s and Cantors in her family. The Bethpage Jewish Community Center was her home away from home. Her encounter with clergy educators validated her calling, leading her to become an Ordained Reform Rabbi with traditional connections.

Rabbi Andrea’s goal is to reach the “congregation without walls.”

Her maternal great grandfather and the generations before him were Kohanim, the priestly tribal families. The Kohanim had the responsibility of conducting the service in God’s temple and were the spiritual leaders of the people. Reform Judaism does not differentiate in any way of daughters and sons, and so she is part of the Kohanim.

About Rabbi, Andrea participated and sang in various choirs enjoying Jewish Music. Music is central to religious experience and has always been a part of the people. The Torah is publicly read or chanted forming deeper communication. As far back as King David, all religious ceremonies were accompanied by music. During the first temple, the Psalms were composed. By the time of the second temple, the order of which are the Psalms at each prayer service we know today became firmly established. The stripes on the tallit are purposely designed straight for Judaism to be continuous without ending; L’Dor V’Dor from Generation to Generation. 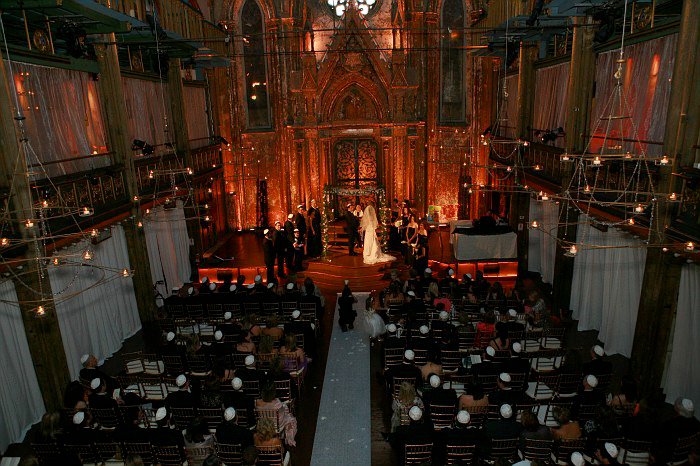 Please read further:
Rabbi in the Torah – Jewish History, the Past, the Present, the Internet

Most creative wedding ceremony locations can be accommodated – each wedding reflects the personalities of the couple.

About Rabbi Andrea happy to assist to officiate your wedding anywhere in the United States; Chicago, Texas, California, North Carolina, Florida to name a few states and everywhere else in between. You can have your destination Jewish wedding in the Caribbean, Mexico, St. Thomas, Bahamas, and Bermuda. Cruise ships Wedding Ceremonies when in port (docked). Central Park is a popular place for a ceremony.

Civil Wedding Ceremonies – Rabbi Andrea is registered and authorized to sign your New York City/State Marriage License. Making your marriage legal and binding. Civil wedding ceremonies are separate from a religious ceremony. Rabbi can officiate all faiths for a Civil Wedding marriage ceremony without the religious element.

About Rabbi Andrea: to reach the “congregation without walls.”